skip to main | skip to sidebar

this is why you dont go to sea world

because some fat soaking monster will eat you
at 12:31 AM 39 comments:

this is a 10 part series

also this is a 10 part series maybe 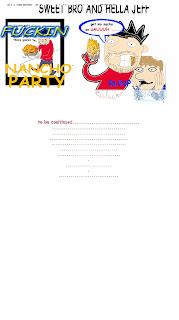 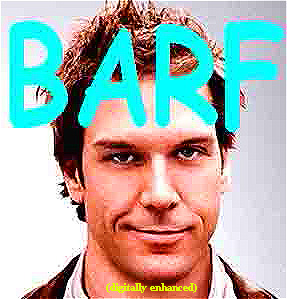 this guy is hideous i wonder why i never noticed how ugly he was until i saw this movie. the problem may be exaggerated by contrast with jessica alba on the same screen cause she isnt too hard to look at at all. but damn.

he has a strikingly hateable face. i get the same feeling when im watching some movie magic behind the scenes thing and one of jim hensons wizards shows off some latex goblin head he made and sort of beams with fatherly pride like he outdid himself with this one.

which is weird because those guys are ALREADY poor mans versions of some other guys but i cant really think of the guys now. maybe they dont actually exist but rich folk are just kind of waiting around and hoping

which would make dane a guy slated for the utterly fucking destitute. dane cook is like part of an emergency relief care package for a third world nation. but then it turns out they dont want him

some candy company ripped me off 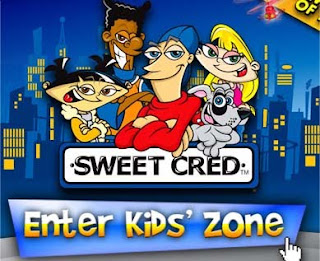 maybe what i mean is i wish i was the one who made that website. why is it the best kind of irony is always the unintended kind. dammit this candy slinging jackass doesnt even realize what a fucking genius he is. because hes too fucking stupid. stupid enough to think that a bunch of street savvy, mishapen headed, weirdly mongoloid looking motherfuckers is a one way ticket to selling a goddamn tsunami of candy

i dont know where to begin with this thing its like trying to shake the hand of a really fat guy, what do you even grab

ENTER KIDS' ZONE... fuck i could write a graduate thesis on this garbage, im repelled just by the sheer audacity of its hydranecked powergrab for my contempt. at least KIDS isnt spelled with a Z maybe they havent figured out how to do that in england yet. no not with the queens english, but of course in one fell swoop they use that same silvery tongue to titillate the devils squirming asshole.

ok hang on... panning through the grisly multimedia trainwreck of an intro oh ok SKIP... and music off... ok

i wonder if that music was from THE STREET. probably fucking jacked right the fuck off some fly homie's boombox

now we need to MEET THE SWEET CRED GANG obviously as soon as fucking possible cause i dont know how i slept a fucking wink without this posse of smug cunts taking me to school. how should i wear a hat oh ok backwards? whoa whoa slow down are you sure itll even FIT that way. we are talking about the same thing right, a HAT right. ha ha

ok i cant even say for sure if "cool" is even what they were going for here. reminds me of like in movies when they try to dress a drunk guy up to stand in as someone respectable to pull off a ruse, or maybe a dead guy like weekend at bernies. or a retarded guy who happens to be good at something but cant be no damn retarded guy or he'll b disqualified from the competition or whatever.

what im saying is that simon looks mentally handicapped and someone dressed him that way in the morning. dressed him "cool", skateboard check backwards hat check. i guess im saying simon is mentally challenged and he does skateboard stunts for applesauce (re: falls down)

the more i look at his head the more it resembles... i dont know

his head is like... imagine cauliflower-eared genitalia in a hat. imagine if you shaved someones pubic area and if what you found underneath could make a face at you. it would basically be simons face

the cartoonist i guess believes the lowered eyelids stylistically commands confidence but what he doesnt realize is that attribute massively amplifies the horrifying nature of the already latently grotesque. imagine if a dead guys nutsack had eyes and the eyelids lowered at you leaving little doubt: that sack KNOWS THE SCORE. fuck

oh man he LOVES: working on his skateboard moves and downloading GREAT VIDEOS... wait but where? grandad's gramophone or some uncool shit like that? NO AN MP4 PLAYER. thats how cool he is he doesnt even BOTHER with mp3 players like what the kids these days are probably using he skips right to fucking 4.

also hes not too keen on homework and i cant say i blame him, oh also he doesnt like not having money, and i mean damn son who DONT like being no broke ass nigga???? whoever wrote this shit needs to step on a rake in a comedic fashion

oh yeah hes 11 years old rounding him out to be the juviest wiggeriest little turd ever to politely request a beatdown via dipshitty smirk. oh ever notice how if a cartoon guy has a skateboard the wheels will NEVER be on the ground EVER.

im wearing myself out with this garbage and theres so much more filth to paw through.

what was wrong with the guy who made this. he was digging deep trying to get at some truth about young people i guess to "connect" with these little cretins who snap up his candy. i picture him rooting around in some chitinous cavity in his skull with a mean little seafood fork all digging and prying but instead of pulling out the truth all hes doing is yanking out little white fleshy bits that go awesome with butter.

ill talk about this later

oh my god and look they have desktop wallpaper??? just point me to the nearest pantheon of dicks so i can suck every last one for it
at 11:57 PM 199 comments:

no not the game. just the guy. ive never played a tony hawk game. 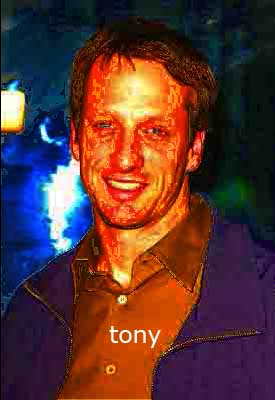 look at this goofy motherfucker. it looks like kevin sorbo had a savage face collision with james woods. note that i didnt say they had a "love child". people who use that phrase are fucking assholes

you would never get the idea he makes a ton of dough scooting around on a wheeled-up piece of wood made for little boys. hey haggard dude. yeah you with the goonish facial proportions. can you go nab me some sick air?? and while youre up there why dont you find a real job

skateboards havent been asserted as legitimately cool since probably michael j fox outmaneuvered biff in the fifties and fed him a world of cowshit i think to prevent himself from fucking his own mom. that and bart simpson. but bart simpson was never cool, no one ever actually thought he was cool even in the thick of their early ninties delirium. he never actually said anything clever and now that i think about it he was vaguely effeminate, which would be fine i guess but it betrayed his wafer thin eat my shorts attitude. maybe 20 years of having your lines delivered by a woman will make that happen. seriously even the idiots in the 90s werent really sure what eat my shorts meant. its like they were aware it was a retarded thing to say on some level albeit dimly, and let some shitty characterization slide cause it was a funny show. dear matt groening being a "cool kid" means more than hating school and dishing out mediocre sass over the span of 7 presidential terms. i dont know this character is so old already maybe i should start ripping jughead a new asshole or maybe lil abner while im at it. what the fuck am i even doing

then i think for approximately two years in the 90s people thought rollerblades were cool, and then someone splashed a pitcher of cold piss in all our faces and woke us the fuck up from that nightmare. a guy lumbering around on rollerblades makes it look like someone fucked with frankensteins shoes in his sleep as a practical joke. if youre wearing rollerblades you might as well shuffle down to the pawn shop and fork over your dick cause you just became so frightening to women theyll start handing out pink ribbons en masse to promote you-awareness. 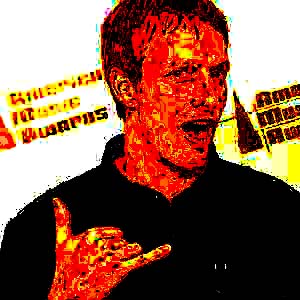 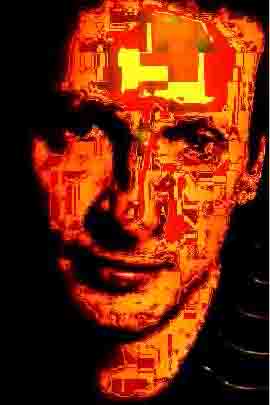